Historical Development of   The Directorate of Nursing Services

Pr-liberation (Before 1971):
Before partition nurses were being trained from three Junior Nursing Schools under the Bengal Nursing Council. The first professional Senior Nursing School was established in 1947 at Dhaka Medical College Hospital, Dhaka, and managed by few Sister Tutors, Sister and Staff Nurses from Madras and India. The post of Superintendent of Nursing Services was created at that time under the Ministry of Health, Pakistan. A British Nurse who was the Metron of Dhaka Medical College Hospital, worked as the Superintendent of Nursing Services. After partition of the East Pakistan, the Nursing Council was established and the Superintendent of Nursing Services became the acting Registrar of that Council.
In 1949 a group of nurses were sent to England for basic training, on return they were posted in leadership positions in the Nursing Service section. In 1950 the then Govt. offered fellowships to nurses for studying abroad. The WHO started their technical assistance on nursing in 1952, as a result the educational programmed were upgraded.
The East Pakistan Nursing Council was fully constituted in 1952 as a Regulatory Body for Nursing Education and Services. After liberation it was renamed as the Bangladesh Nursing Council (BNC). In 1956 the College of Nursing was established in Karachi to offer Post-basic Diploma in Administration and Teaching. Few nurses were sent over there to have those programmed. Later on selected nurses were sent to have B.Sc. and M.Sc. degrees from Boston University, USA, under the USAID fellowship program me.
In 1960 the Junior Nursing Training Schools were abolished and in between 1962 & 1970 the Senior Nursing Training Schools were established attached to 8 (eight) Medical College Hospitals to provide Diploma in Nursing and Midwifery. The College of Nursing, Mohakhali, Dhaka was also established in 1970 to offer Post-basic Diploma in Administration and Teaching. During 1970-1971 Senior Nursing Schools was further established attached to 12 District Hospitals and started crash programme without having any sanctioned posts for Sister Tutors, physical facilities and teaching- learning resources. The students, teachers and the teaching-learning resources had to be borrowed from other schools/ institutes to start these Schools. However, the number of nurses was increased at 600 in 1970 from 50 in 1947.
read more 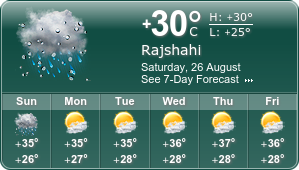